So. Guys. I won A TON of books in 2013, courtesy of my new found obsession:  following book blogs. I know that normal people post their book haul weekly, but since I didn’t get into blogging myself until close to the end of 2013, and seeing as I still want to thank all the awesome bloggers who gifted me these books, I hereby present my 2013 Kitties & Pretties Overview!

We’ll start with the books I got for myself, during the first half of the year. Bought with a combination of Christmas gift cards and the weekly online bargains at BooksAMillion. Wink is taking her duty as Official Book Presenter very seriously.

The Selection and The Elite by Keira Cass

The Matched trilogy by Ally Condie

The Indigo Spell by Richelle Mead

Next I’ll showcase the books I won during the first part of the year from awesome generous bloggers, authors and publishers. Wink is generously voting for The Adoration of Jenna Fox with her total adorableness. 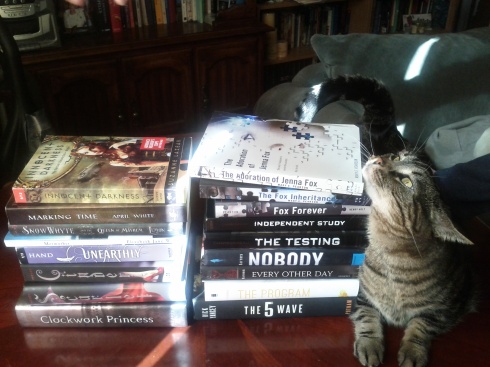 The Testing and Indepedent Study by Joelle Charbonneau

Every Other Day and Nobody by Jennifer Lynn Barnes

The 5th Wave by Rick Yancy

The Program by Suzanne Young

Mermother: An Account of What Happened In The Sea by Elizabeth Jane Wolfe

Snow Whyte and the Queen of Mayhem by Melissa Lemon

Winky’s tail and I also felt the need to point out how freaking awesome it is that I won a personalized copy of Incarnate by Jodi Meadows!

Yes, my first name is Julia. Rain Jeys is my pen name, though it’s also my middle/maiden name. 🙂

During the first half of the year, I also won Queen of Kings by Maria Dahvana Headley and Reaper by L.S. Murphy. I have to just use the Goodreads image, since I’ve lent both books out. 🙂 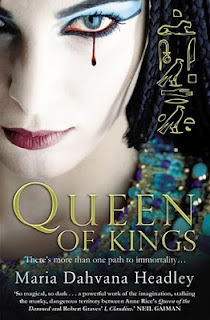 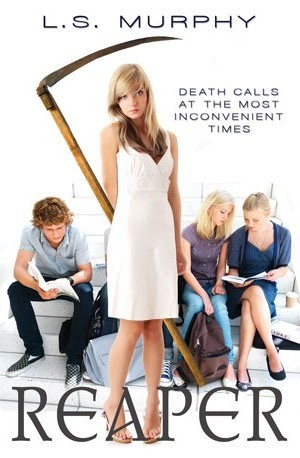 Next we have the awesomeness that awaited me when I arrived at my new house (well, kind of new – I lived here with my Grama as a kid) in California. After a certain date, I just had any books I won sent to my new address and my mom collected them into a book pile for me. Here they all are, lined up beautifully on the shelf of my new housewarming-gifted bookshelf! 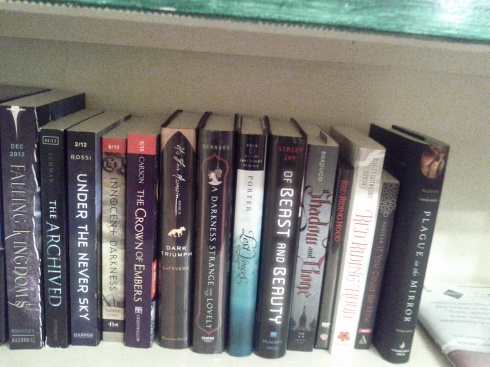 The Archived by Victoria Schwab

Under The Never Sky by Veronica Rossi

The Crown of Embers by Rae Carson

Of Beast & Beauty by Stacey Jay

If You Could Be Mine by Sara Farizan

Plague in the Mirror by Deborah Noyes

Red Riding Hood by Sarah Blakely-Cartwright (and the movie!)

Also awaiting me in California was this unexpected present

I have no idea who gave it to me, but thank you!

Shortly after arriving in California, my amazing husband purchased these beauties for me

This next pile is displayed by my adorable assistant, Captain Jack (yes, Harkness), who seems to wish me to read The Burning Sky next.

I kind of forgot to divide these into piles (I was distracted by Jack’s immense cuteness!), but anyway:

And here is Vinnie, from atop his favorite perch, on top of the bookcase, and never too far from his penguin robe, to present the first book I’ve ever won from a Goodreads giveaway!

The Bitter Kingdom by Rae Carson

I was lucky enough to have won the grand prize for the Indelible giveaway, which was this beautiful real copper rose (as in a rose – coated in copper) and a feather quill, ink and inkwells. Gorgeous.

Vinnie says we need a close-up of the copper rose

I didn’t win the actual book though! Even though I really want to read it! 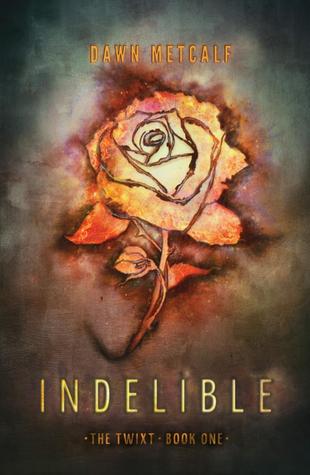 It would take half my life to thank each individual blogger for each individual book here (especially since I’m still typing one-handed), so instead I shall list each blog and author here. Thank you so much!

My Friends Are Fiction

Lili Lost in a Book

I Love to Read and Review Books

The Attic -YA Book Reviews

2013 was definitely the year of books, but I want 2014 to be even better! So I’m off now to read some more. Tell me your thoughts in the comments. Have you read any of these? Do you want to? Any you especially recommend? Some I’ve read already and some I haven’t. Either way, I love your input. Thanks for reading!

Young Adult Fantasy Author. Book Reviewer. Lover of kitties. END_OF_DOCUMENT_TOKEN_TO_BE_REPLACED
This entry was posted on Saturday, February 15th, 2014 at 12:21 AM and tagged with 2013, book haul, cat, giveaway, in my mailbox, kitties, kitties & pretties, kitty, pretties, show off, stacking the shelves, won and posted in Meme. You can follow any responses to this entry through the RSS 2.0 feed.
« Throwback Thursday Review: Frostbite (Vampire Academy #2)
Grabby Paws: The Winner’s Curse by Marie Rutkowski »