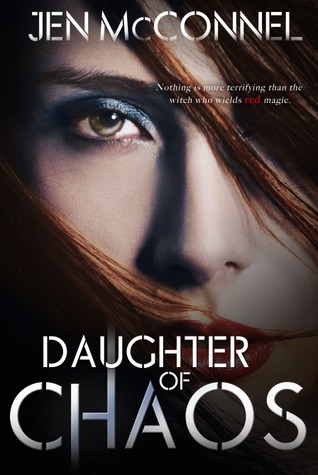 Witches must choose the path they will follow, and Darlena Agara is no exception. She’s been putting it off long enough, and in her case, ignoring it has not made it go away. In a moment of frustration, Darlena chooses to follow Red Magic, figuring she had outsmarted the powers that be, since there’s no such thing as Red Magic. But alas, Darlena’s wrong (again) and she becomes a newly declared Red Witch.Her friends are shocked and her parents horrified by the choice Darlena has made. As a Red Witch, she now governs one third of the world’s chaos. She is the walking personification of pandemonium, turmoil, and bedlam, just as the patrons of Red Magic would have it to be.But Darlena believes there must be more to Red Magic than chaos and destruction, and she sets out on a journey to achieve balance. Only doing so puts her at odds with the dark goddess Hecate, who simply will not allow Darlena to quit. She encourages Darlena to embrace who and what she is and to leave good magic to the good witches. If only Darlena could, life would be simple, and she would not be the Daughter of Chaos.DAUGHTER OF CHAOS is the first in a YA paranormal trilogy.

“Slowly, I raised my eyes, sweeping my gaze up her inky black robes that shimmered like water, past the blood-red stone dangling from her throat, and up to her golden eyes. They weren’t human, but from what I remembered of the myths we studied at school, Hecate had never valued humanity. Her eyes were the eyes of a night predator—an owl or fox—and they held me spellbound.

“Darlena. Darlena, I have been aware of you for some time now.” Her words came slowly, creaking into existence and lingering. I was frozen with fear. “Child, you stand at the brink. A choice must be made.”

I had incredibly high expectations for this book and I am happy to report that it surpassed all of them. Here is well-written witchy fiction jam-packed full of accurate mythology, but with its own intriguing twists. As a Wiccan myself, I adored how magic, gods and goddesses, seasonal rituals, etc. were woven in with everyday life. It all just felt so normal but at the same time…well, magical. Witches are portrayed as real people, with lives and jobs and families, who just happen to have awesome powers.

The main character, Darlena, experiences tons of growth. She is slightly frustrating at first (I imagine that was intentional). A bit of a rebel without a cause, perhaps. But she handles the obstacles her declaration of red magic throws at her with more strength than she knew she had, and it is highly satisfying to watch her come into her own. I liked that Darlena’s best friend, the Black Witch Rochelle, and Darlena’s ex-boyfriend, the White Witch Justin, feel like authentic characters, but at the same time represent the struggle Darlena feels within herself. The romance between Darlena and Justin was sweet and never overpowering. It made sense, and though Darlena’s reactions were frustrating at times, I still felt for her, and could see why she cared for Justin, since he was so supportive and really non-judgemental for a White Witch (which to me is how a White Witch should be).

Darlena’s parents play an active role in her life! It is clear that once a witch declares, she is essentially an adult, so while Darlena’s parents give her space, they are still involved and invested in her, something we don’t always see in YA. Darlena’s mother especially feels like the mortal embodiment of her patron, the mother-goddesses Demeter, swearing to help her daughter no matter what.

Gods and Goddesses abound in this book. I loved it. Their portrayal is at once very human and accurate to their existing mythologies. Hats off to the author for that! I was disappointed that once again, my own patron goddess, Hecate, was cast in a negative light, but it worked for the story and since it’s s trilogy, who knows, she may yet be redeemed. It didn’t stop me from enjoying the book. We do get a sympathetic portrayal of Hades that I found incredibly touching. We even see the vulnerable side of Aphrodite. The gods and goddesses were definitely one of the things I loved best about this book, especially when they were helping teach Darlena magic. The magic itself was excellently done. Much of it felt authentic to the way magic is practiced today, but with the author’s own unique flourishes.

The other thing I loved was the way magic, even red magic, chaotic as it may be, was portrayed as neither good nor evil. Darlena is determined to use red magic for good and watching her go about achieving that propels the story forward and makes for a great journey. I would have liked a bit more information on Black Magic – it is said to not be evil, per se, but I’d still like to know more about it. Just to sate my curiosity. Much more magic in general, please! I need more.

This is by far my favorite read this year and I suggest you go pick it up and then, like me, eagerly await the sequel.

One response to “Review: Daughter of Chaos by Jen McConnel”